Drawing from the imagination plays a prominant role in my work. Sometimes i would use photo referance depending on the project but would stay away from it as much as i can for i think it takes away from the magic of the creative mind. My early work was influenced by ancient Irish mythology. Currently i am working on a body of work based on Christian biblical text.

I have written and illustrated a picture book for my three children called Origin of the First Fairy.

Origin Of The First Fairy opens up a fantastical world of adventure. When an evil king sends Fuchsia, one of the little people, into the deep dark forest. The reader will be seized by delight or dread at each twist of the tale. Each revelation on the journey will bring Fushsia closer to the enchanting finale.
All the images in the book are hand drawn and colored. It’s an Irish self published book.
The story is set in ancient Ireland long before the Mythologies we know of today. Origin of the First Fairy is part of a three book series that ultimately leads to the little people coming into contact with human beings. Book two is currently being created at the moment and hopefully will be released in late 2017. Ireland is well know for it’s stories of Fairy’s and other worldly beings. Origin of the First Fairy is different in that it show where the mythical beings come from and goes in depth into there lives.

You can read other works such as The Old Knight and the Blue Rose which is also available on Amazon. 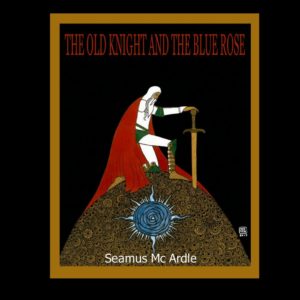 Thank you and hope you enjoy viewing my work.

For any questions regarding the sale of original work please contact using the mail provided.